Hearth-companions   praised their lost one
named him the ablest   of all world-kings
mildest of men   and most compassionate
most lithe to his people   most loving of praise.

There is something wonderful about this final description of Beowulf (slayer of Grendel, Grendel’s mother and the dragon) as “hearth-companion,” “mildest of men,” “most compassionate,” and “most lithe to his people.” Merriam-Webster defines lithe as “characterized by easy flexibility and grace” (first known use in the 14th century). It gives the origin of “lithe” as “from Old English līthe gentle” which is “akin to Old High German lindi gentle” and “Latin lentus slow.”

(I plan to be offline for the next week.)

They lived brightly   on the benches of Heorot
caught up in laughter   till a creature brought them
fear in the night   an infernal hall-guest.
Grendel circled   sounds of the harp
prowled the marshes   moors and ice-streams
forests and fens.   He found his home
with misshapen monsters   in misery and greed.
The Shaper banished him   unshriven away
with the kin of Cain   killer of his blood.

Another standard Anglo-Saxon kenning that echos in the mind is “peace-weaver” for “wife” or “queen.” It connects to many harsh and heavy burdens of Anglo-Saxon queenship. One example from the Gummere translation of Beowulf for The Harvard Classics:

Haughty that house, a hero the king,
high the hall, and Hygd right young,
wise and wary, though winters few
in those fortress walls she had found a home,
Haereth’s daughter. Nor humble her ways,
nor grudged she gifts to the Geatish men,
of precious treasure. Not Thryth’s pride showed she,
folk-queen famed, or that fell deceit.
Was none so daring that durst make bold
(save her lord alone) of the liegemen dear
that lady full in the face to look,
but forged fetters he found his lot,
bonds of death! And brief the respite;
soon as they seized him, his sword-doom was spoken,
and the burnished blade a baleful murder
proclaimed and closed. No queenly way
for woman to practise, though peerless she,
that the weaver-of-peace from warrior dear
by wrath and lying his life should reave!

“Word-hoard” is a favorite kenning from Beowulf (and it appears in other Anglo-Saxon literature). In a single compact image, it suggests that we should amass a storehouse of language inside of us (closely related to Augustine’s understanding of memory as a wealthy city). Lines 258 to 260 from Beowulf translated by William Morris and Alfred John Wyatt: 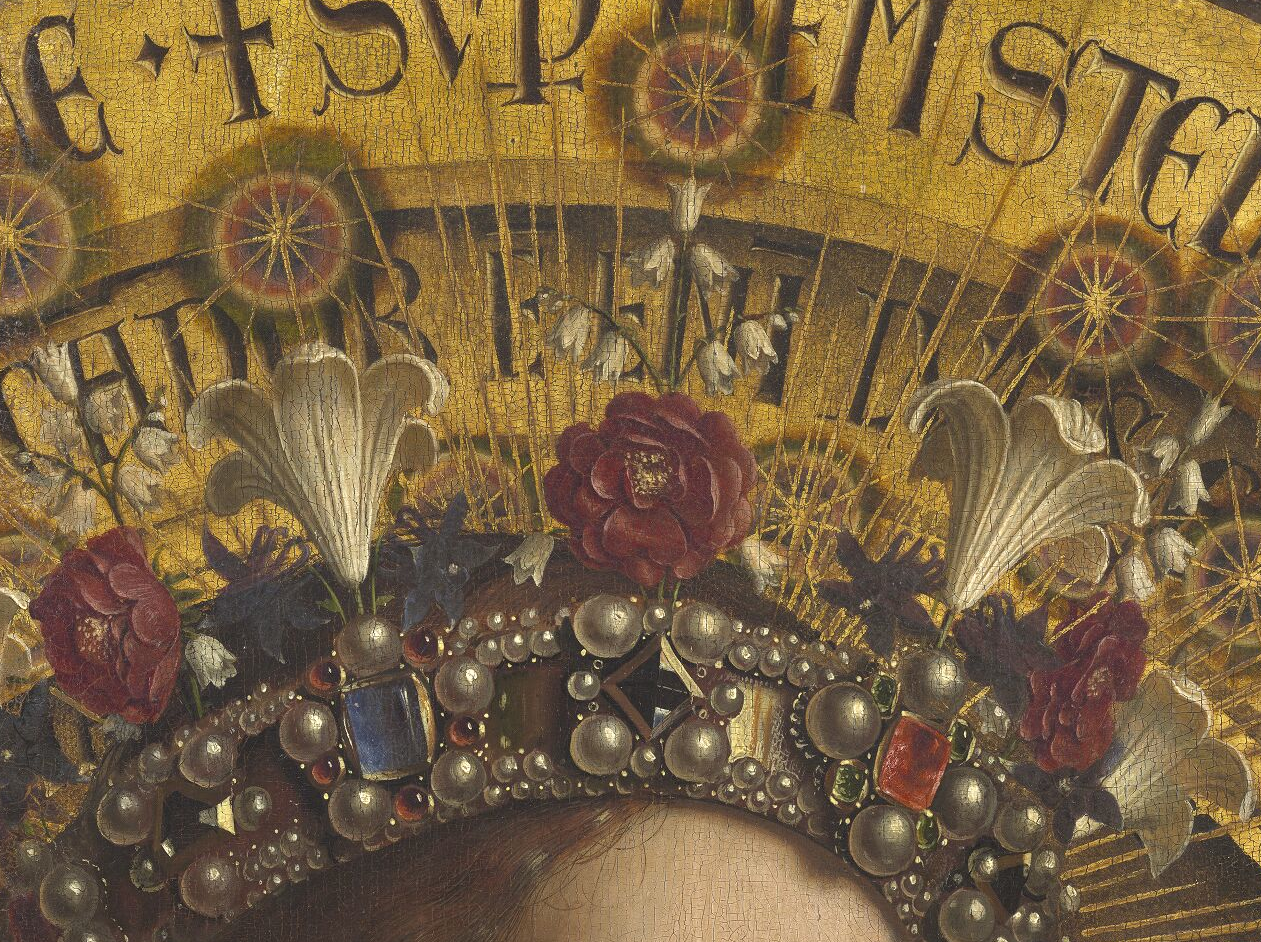